It’s a beautiful morning at the Delta outpost. Waning moon is lighting up the fields from Crockett’s Bluff to Stuttgart.  By this time (6 am) tomorrow, we will be at Easter sunrise services.  It’s nice to be Christian this time of year.  So many services, so many inspiring sermons, so many enchanting hymns.  Yet many of my friends hardly even know its Easter.  Some have already celebrated the Spring Equinox.  Others are Russian Orthodox and celebrate this year on May 1, according to the calendar of Julius Ceasar rather than Pope Gregory’s 1582 revision.

The religious, whether Christian or not, are healthier, happier and live longer than the irreligious. Joy, peace, patience, kindness, gentleness are all more prevalent in the religious.  Just google religion, health and happiness if you don’t believe me.

Some of my friends just don’t believe in much of anything, except that Christianity is bunk. Sometimes they get so angry.  They get angrier at Christians than they do at white privilege.  And that’s saying a lot.  I wish they wouldn’t get so angry.  It’s no good for their blood pressure.

The religious aren’t very smart, according to those who have spent a lot of time in schools.  They believe a lot of hocus-pocus about bread and wine and dying for the salvation of others, they say.  And they are right.  You do have to suspend your intellect a little to believe the myths that seem to attach themselves to any religion.  But is that bad?  Why not just trust your instincts?  Isn’t it good to just quit thinking sometimes?

Some of us are lucky.  We have experienced so much synchronicity, so many unexplainable happenings in our life.  So much joy and relief and new life on hearing simple hymns.  So much inspiration from so many good, simple, country people.

The term synchronicity was coined by Carl Jung to describe acausal connection of two or more psychological and physical phenomena. He had a client who was hyper-intellectual.  She insisted on coming up with logical, rational explanations for everything.  One night, the patient dreamt about a golden scarab – Cetonia aurata. The next day, while telling the dream to Jung, a real insect hit against a window of the room they were in.  Jung caught it and discovered surprisingly that it was a golden scarab; a very rare presence in Vienna, Austria.  The connection between the scarab dreamt by the patient and its appearance in reality while she was recounting the dream is synchronicity.

I’ve had so many of those experiences that I can’t remember them all.  Whenever I recount one to one of my nonbeliever friends, they either try to come up with an simple cause-effect explanation or discount it as chance or selective memory.

That’s OK.  I’m not going to get upset that they are so blind to the reality beyond logical explanation.  I don’t understand why some devout get so apoplectic about folks who won’t convert to their religion–whether that religion is Islam or Calvinism or atheism.

Just chill out, folks.  Go out and enjoy this beautiful Spring day.

Not exactly likely to be a best seller, but, nonetheless available for your reading pleasure: final report of first phase of Resilience Project.

Torrential rains have flooded all the roads to the Delta outpost.  Floods are one of those natural catastrophes that resilient systems survive.  They cause an abrupt omega phase[1] or destruction of the existing system.  Most floods have superficial effects on ecologically integrated systems.  All plants and animals living along streams that flood have developed adaptive and coping mechanisms.  The animals move to higher ground and come back after the floods recede.  Plants in riparian systems are used to wet feet and bounce right back when the water goes down.

Many plants are better off after the flood because it deposits soil and create a richer environment for the alpha or reorganization phase.

Humans like to modify our environments.  Sometimes we do it in ways that mitigate the effects of floods.  At Meadowcreek we have built check dams along the small streams to slow the flow of water and subsequent erosion.  As the water slows, it drops sediment which we use to replenish our garden beds.

More often humans make the effects of floods worse.  We build in flood plains and ignore the fact that the built environment will be swept away.  One of the great disaster relief organizations is the Mennonite Church.  They mobilize thousands of people to come in and help after floods.  Nearly every year they are called to Alaska when the rivers flood and wash away the locals’ houses.  The Mennonites rebuild the houses so the locals can get back to the life they had before..  Everyone thanks good friends like the Mennonites who help in catastrophes.

But let’s look a little broader at the floods in central Alaska.  The people of the region, before it became colonized by Russia and then the US, had adapted to flood by just packing up their tents and moving to higher ground.  When the ground dried out, they came back to the river bank where hunting and fishing was good and transportation easier.  After “civilization” infected their culture, they wanted permanent houses and built them along the river, often with government subsidies.  Now they are destroyed every few years and then rebuilt by the Mennonites.

The farmers along the Mississippi Delta built huge levees to keep the water off their fields.  They don’t get the benefit of the rich soil the flood is carrying, but since they apply huge amounts of fertilizer, they feel they don’t need the natural fertility.  Unfortunately, the levees channel the river and make it move downstream faster and at a higher volume.  The river is flowing so fast that the soil the flooding river carries is not dropped but continues downstream to the Gulf of Mexico.  The nutrients carried by the river, instead of enriching the fields they’ve been forced to pass, end up creating huge algal blooms and “Dead Zones” in the Gulf because the algae depletes the Gulf waters of oxygen.

One of the most highly publicized floods in the US was after the Katrina hurricane in New Orleans.   Most of New Orleans was built on a flood plain which is protected by a dike.  The dikes have keep floodwaters out of the city for generations.  Meanwhile the river has deposited soil all around the city and raised the level of the land and any water on top of it.  So now much of New Orlean is below the level of the surrounding water.

When the waves generated by Katrina found a soft spot in the dike and broke through, much of the city was flooded.  The water had nowhere to go.

I came home to our current floods from meetings on resilience in Washington DC.  The Resilience Project was invited to DC to help an agricultural research and education agency reinvent itself.  Our proposals to remake it in the image of resilience were well received.  On the last day, one participant, CEO of a worker and farmer-owned business, even declared herself “one of the Resilience Project groupies.”[2]

When you get responses like that, it’s hard not to get a big head and think you are the cat’s meow.  But pride goeth before a fall, so its expected and good to be hit with a flood right after leaving DC.  Now we get an opportunity to prove we know something about resilience.   Talk is cheap, and talk in DC easy to find.  Much more fun and rewarding to be back in the country coping with the flood and see how resilient our preparations for disturbance turn out to be.

It’s almost dawn, so we should know soon.

[2] She did use the term groupie, but made it a little more personal.  Ask if you want the exact quote.

Now and then, its good to go to our nation’s capitol and see how the cognoscenti are doing.  Though it’s hard to be halfway across the country when you know vicious storms are hitting the home place.  Meadowcreek and Almyra, the two outposts of the Resilience Project, will both be fine because fine folk are minding the stores. 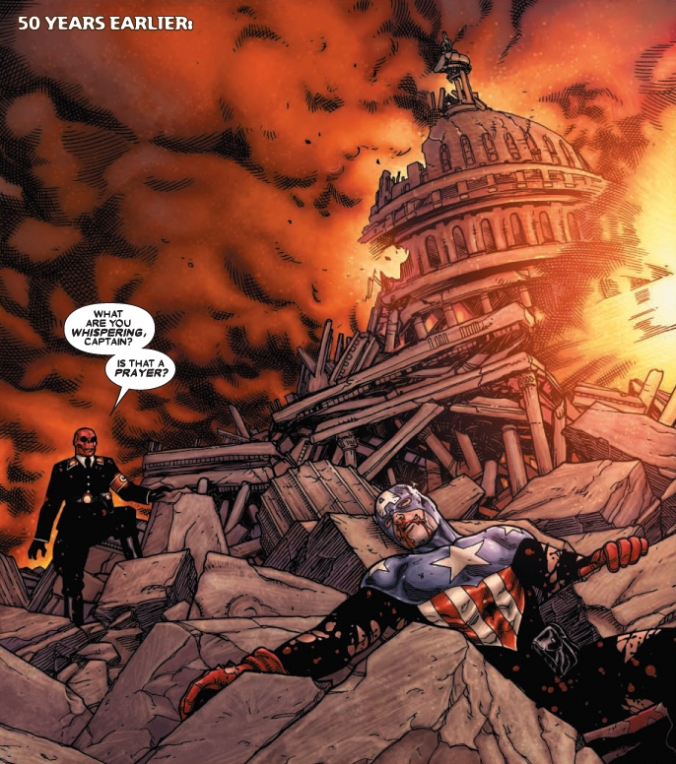 Meanwhile, I get to deal with the exact opposite of a thunderstorm.  The folks who live here in DC are smug and sure their little bastion of bureaucracy will continue as it always has.  They are convinced they are sitting in the catbird’s seat, at the nexus of all power and might.  And that nothing is really going to change.

The bureaucrats of Byzantium thought the same thing.  For a thousand years after the fall of Rome to the Goths, the denizens of Constantinople carried on as if they would last forever.  Then the Moslems swept in.

One of these days, a tsunami will sweep the bureaucrats of DC away.  Then they’ll gather in various expatriate bars and commiserate about the good old days.  Most don’t look like they are the least bit worried right now.   .

Some do seem a little nonplussed about the rise of the Donald and Bernie.  Some of them are sensing that the system they know so well and work hard to maintain and exploit may be in for some tumult.  But none of the in-crowd really think things will change much.  They’ve see bombastic politicians come and go.

DC is a Venus fly-trap.  The most colorful and strongest political insects are attracted to the place and land there knowing they can fix what’s wrong.  Only to be swallowed, absorbed and dissolved.  The Venus fly trap knows what do to with the typical insects.

But the fly trap only survives as long as its surroundings are warm, humid and stable.  An ignorant campesino swinging a machete makes short work of the splendid fly trap. Sliced from its roots, it falls to the ground and is devoured by the very insects it once blithely obliterated.

Such machete-wielding campesinos will sweep through DC one day.  Till then the smug bureaucrats rule the roost, make the rules and predict a future of more of the same.

They are perfectly happy with their stable little world.  They need a good dose of the adaptive cycle.

Ecological resilience researchers have identified four phases which all living systems go through: a rapidly growing r phase, a stable and mature K phase, a release or omega phase and a reorganization or alpha phase.  The K phase is the mature forest where the fly trap lives.  The campesino releases the nutrients in the fly-trap with his machete.  At a larger scale a forest fire represents the omega phase.

Omega always comes.  Some fly traps are ready for it.  They have been producing hard-coated seed which hibernate in the forest soil, impervious to rot.  When the fire comes, they are stimulated to germinate and create a new generation of fly traps, better than the old fly traps.

Other fly traps have lost the ability to produce seed.  They are so smug in their seemingly infinitely stable ecosystem that they see no need to produce seed and instead put all their energy into growing bigger and bigger.

The Washington fly trap is growing bigger and bigger and neglecting to produce seed.  It won’t be able to come back after the forest fire.  Maybe that’s all for the best.  Time will tell.